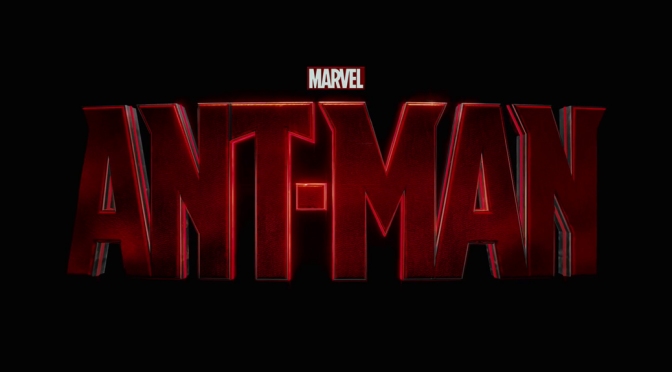 After the complete let down that was Avengers: Age of Ultron, my inner-Marvel-self was riding low. After Iron Man 3 I didn’t think I could ever be so disappointed in a Marvel movie, but Age of Ultron proved me wrong, so admittedly the bar was low going in to Ant-Man.

Who the hell is Ant-Man? How does it play into the grand scheme of things? Can Marvel succeed with a no-name franchise?

But alas, Marvel also managed to pull Guardians of the Galaxy out of the deepest, darkest corner of the comic book archives and turn it into a massive success. I was hopeful.

If you too are humming and hawing about seeing Ant-Man, don’t. It’s a good movie and you’ll enjoy yourself. Here is what made Ant-Man a great movie.

Piece of the Puzzle

Ant-Man isn’t some random Marvel movie orbiting around the Avengers in the far off distance – like Guardians. It fits snuggly into the MCU where it rightfully belongs, and it keeps reminding you throughout the entire film.

Like any intriguing story, Ant-Man starts with a prelude – taking place decades before the events of the movie itself. It methodically weaves itself into the other franchises such as Iron Man, Captain America, and Agent Carter. You start to realize that Ant-Man has been a part of the story all along, you just didn’t know it.

We get some fun guest appearances from an aging Peggy Carter, and a still-kicking Howard Stark (played by the same actor from Iron Man 2, John Slattery). At one point in the movie that was featured in the trailer, Paul Rudd even says “I think we should call the Avengers”, putting all the cards on the table.

Running with the Big Dogs

I often find myself thinking Marvel = Avengers and Avengers = Marvel, and anything else is secondary and can’t possibly live up to the hype. But Guardians of the Galaxy and the Daredevil series on Netflix both proved me wrong, and Agents of Shield and Agent Carter aren’t too shabby either.

Ant-Man definitely exceeded my expectations. It was a well written movie, with great casting, and it had that special Marvel recipe of the perfect blend of action and humor that has made the franchise so successful.

It’s clear that Ant-Man and his allies will play an important role in the story to come, and I think it’s safe to say that as a movie series it will be a successful money maker and an audience pleaser. Ant-Man might not have the same wow factor as Iron Man or Captain America, but it’s no slouch either. Whereas Iron Man started out with a bang and then fizzled out into the butt of the series, I think Ant-Man will follow in the footsteps of Captain America, starting off small and really gaining some traction and popularity in its second installment like Cap did with Winter Soldier.

I’ve always liked Paul Rudd. From Clueless, to 40 Year Old Virgin, to Role Models, Paul Rudd always did a fantastic job of playing a very relatable character. He’s likeable, but that’s an understatement. Molly Young from NY times described Rudd best when she said “You can add Rudd to any movie, and the movie will taste better. He is the MSG of actors.”

He’s not Schwarrzenegger, he’s not Jason Stathom, he’s not Liam Nesson, and he’s not Daniel Craig. He’s the Joe Schmoe of action heroes. Rudd is completely out of his element, both as a hero, as the lead role, and especially as the titular character, and perhaps that’s what makes him such a good match for Scott Lang.

He’s not buff like Thor, holier than thou like Captain America, self-loathing like Bruce Banner, or self-important like Tony Stark. He’s cool and mellow and inviting and most of all humble, both as a character and as an actor.

You can tell Paul Rudd is counting his blessings to be counted among the Marvel roster, and he brings that charm and appeal to his role. You can’t help but root for the guy.

Part of what annoyed me about Age of Ultron is that there was just too much shit going on. We had Avengers, and mutants (but don’t tell Fox), and Hydra, and killer robots. Infinity stones, flash backs, a ton of new characters and a story that quite frankly made no sense. First they’re fighting Hydra, then they’re all fighting themselves, then they’re fighting bad robots, then they team up with a good robot. What the hell was Avengers 2 even about?

Ant-Man started off with a clean slate. It lets you focus on and enjoy the movie without worrying your pretty little head about the nuances of the MCU or an overly complicated story. There were some direct references to the other movies, but they were in passing.

There also weren’t 85 characters fighting for screen time. You have Scott Lang, Hank Pym, Hank Pym’s his hot daughter, a villain, and a Stan Lee cameo. That’s it. No kale, no acai, no quinoa, no gluten-free dietary restrictions. Ant-Man is the burger, fries, and a coke of Marvel movies you’ve been waiting for, and it’s fucking delicious.

Long story short, Ant-Man was a very fun and entertaining movie. Despite the fact that it can stand on its own two feet, it still makes itself integral to the MCU moving forward and laid some fun Easter Eggs *cough* Spiderman *cough* in the process.

The story was interesting. The characters were fun. The dialogue was snappy. The CGI was believable. The villain was a recycled Obadiah Stane from Iron Man 1. There was plenty of action and humor, and the swear words sprinkled in there will go right over children heads, so feel free to bring them along for the ride.

Ant-Man will definitely make it to my DVD/Blu-Ray collection when it comes out on video. If you need something to feed your nerd addiction until next summer, Ant-Man should fill you up just fine. I highly recommend Ant-Man for all audiences, you won’t be disappointed!