In the last couple years Americans seemed to have caught on to the fact that Thursday means – or at least sounds like – Thor’s Day. In fact it does stem from Thor’s Day but Thursday is not a one off in that it is not the only day of the week that gets its’ English name from the Nordic mythos.

It might come as a surprise to many people out there that in the English language, all the days of the week are named after a deity or thing of worship, and their roots date back to Nordic and Greek paganism/mythology.

Here is some interesting stuff you may not know about the days of the week.

The first one is quick and easy. This one should come as no surprise to anyone, but Sunday actually means Sun Day, or day of the sun. At least in English. On to the next day.

If the first one was the day of the sun… wait for it. Monday comes from Moon Day! This is also the same in Spanish – Lunes – and several other Latin languages. Even the Germans call it Montag.

Okay, let’s get on to the interesting stuff. Tuesday through Friday all get their names from the Norse calendar, so what the heck does Tuesday mean? Tuesday comes from Teiw’s Day, which comes from Tyr’s Day. And just who is Tyr? The history is sketchy and often contradictory, but the popular consensus is Tyr was Thor’s brother. Nudge, nudge, Marvel! I hear a sequel coming on.

Moving on through the Norse pantheon we arrive at Wedne. Wait huh? All those Scandinavian languages are weird. I’ll cut to the chase here, but Wedn actually comes from Odin. Odin -> Woden -> Wedn. Aside from the d and the n, this one seems like a bit of a stretch but you gotta trust me on this. Or visit Wikipedia.

Come on. The name of the blog didn’t give this one away? Thursday means Thor’s Day. Next!

If Wednesday was the day of Thor’s dad, then Friday ought to be the day of Thor’s mom, right? We’ll like it or not, it is. Friday actually comes from Frigg’s Day. Most Germanic languages also reference Frigg in some way or another in Friday, whereas most Latin languages have dubbed Friday after Venus.

And which one of Thor’s relatives is Saturday named after? None actually.

What gives? Saturday was the ancient Norse equivalent of their sabbath, or day of rest, just like in Judaism. 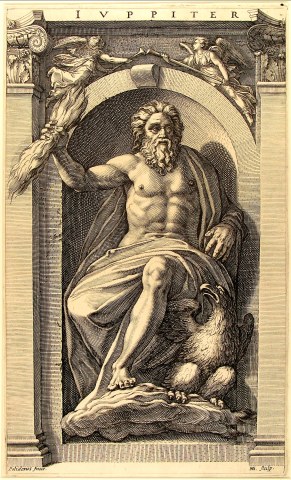 As such, they never actually named Saturday. In the absence of a name for this day of the week, most cultures veered towards naming it after the Greek deity Cronos, or as the Romans called him, Saturn (better known as Zeus’ dad). Thus Saturday means Saturn’s Day.

But let’s get back to whole sabbath thing for a second. Native Spanish speakers actually gloss over this one quite often just because it’s their primary language, but the Spanish word for Saturday is Sabado, which actually means sabbath. Cool huh?

Cool Theory, But No

One idea that I tossed around once was that the seven days of the week were literally named after their respective number of the week, assuming the week started with Monday. It goes like this.

Of course this isn’t the case, but the lining up of the letters and how the first syllables sound is a very interesting coincidence? Or is it?

A lunar cycle is about 28 days, and a week is 7 days, so a week is essentially a lunar cycle broken into quarters. Why did almost every culture around the world (on all continents) decide that a repeating week schedule ought to be 7 days, vs say 14? I don’t know, but it is interesting that there are some common threads in the way the days of the week are named, whether they are Latin, Germanic, Indo-European, Indian, or even East Asian.

The common naming convention is that Monday and Sunday are almost always named after the moon and sun, respectively, regardless of where in the world you are. Tuesday through Saturday are named after the five planets in our solar system visible to the naked eye. That’s understandable, but the weird part is they are all named backasswards in the same random order.

From the Sun outward, the first five non-Earth planets are in a different order than the days of the week.

One thought on “Happy Thor’s Day”