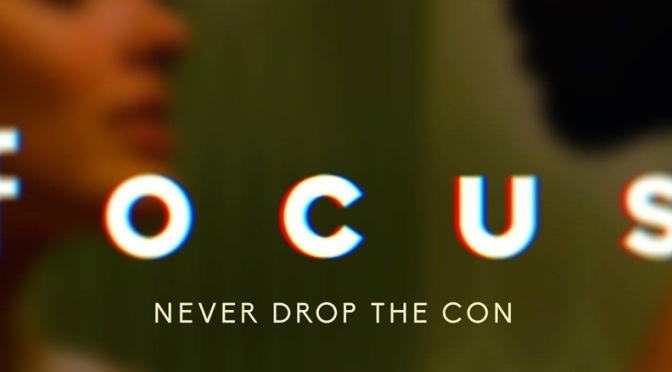 On Monday evening I had the pleasure of attending a pre-screening of Focus, the new Will Smith movie entering theaters today, February 27. Thank you to Brett and Adriana for gifting us your tickets, we had a blast!

I’ve been a longtime fan of Will Smith, after all, the guy has saved the world six times by my count. But some of his recent movies have been incredibly underwhelming, to downright horrible.

Take for example the 2013 film After Earth, where Will and his son Jayden spoke with some amalgamation of random accents from around the world, botched to the point that no one in the audience actually knew what their characters said in the entire movie.

His cameo in Anchorman 2 was…. well…. the second Anchorman. And Winter’s Tale, wait, what movie?

Truth be told Will Smith hasn’t made a good movie since 2008’s Hancock, so I was very curious, and anxious to see Focus, a movie which has enjoyed practically no advertising campaign.

And the verdict? Not only was Focus not crappy, it wasn’t even mediocre. It wasn’t even enjoyable. It was damn good. In my opinion, Focus has officially resuscitated Will Smith’s acting career, and proved to audiences that he still has it. It? It. That it, that thing, that one of a kind je ne sais quoi that we have all grown to love about Will Smith. That charismatic, smooth talking, sharp thinking, always charming Will Smith that can steal the show without ever picking up a gun, or even cursing for that matter.

Okay Andrew, we got it. You liked the movie. Now what the heck is this movie even about? 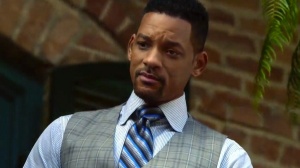 What? The name Focus isn’t obvious enough to you? Just kidding! The title has practically nothing to do with the movie aside from one line in the movie with no relevance. But it’s quick and catchy. “Hey, you guys wanna see the movie Focus this weekend?” See, catchy.

Don’t worry, no spoiler alerts. If I had to sum it up, Focus was a combination of Hitch, Italian Job, and Ocean’s Eleven, and naturally Smith’s character is a mashup of Hitch, and Mark Whalberg and George Clooney’s characters in those respective flicks.

Smith plays Nicky, a professional con artist and thief. But don’t worry, he’s super lovable and you’d be honored to be pick pocketed by him at the Del Mar Fair. Focus is one of those root-for-the-criminal movies, but don’t worry, there’s an actual villain so it’s excusable.

Fellow actors and actresses Margot Robbie, Rodrigo Santoro, and BD Wong have short lived but memorable roles in the movie. Unlike most movies, Focus doesn’t really focus on anything. From the onset there is no big goal, no overarching story, no antagonist that continuously drives the story forward. But in spite of all that, the movie does move forward, and quickly at that.

The movie begins when Smith and Robbie’s characters have a (not so) chance encounter at a bar. One thing leads to another, and someone has a gun in their face. But the mood quickly deescalates and you hit the ground running with equal doses of comedy, emotion, and drama. You’ll even be biting your nails during some scenes.

Whether you are looking for a couples’ movie, a girls night out, or a guys night out, or if you’re one of those people who go to the movies alone, this movie will not disappoint.

I highly recommend you see Focus, and bring some company because you’re going to want to talk about it on the drive home!

Was it enjoyable? Yes it was. I was laughing, I was writhing with suspense. The movie had that good old 90’s and 2000’s Will Smith fresh prince attitude to it! The acting was great, and the story was believable. I give this movie a B+.

Did it deliver what it advertised? I didn’t see too many advertisements for this movie in all honesty, but whether it did deliver nonetheless.

Would I see it again? I don’t know if I would buy it, but I would definitely Red Box it, and will make sure to watch it as soon as it becomes available on Netflix. It would make a good stocking stuffer this Christmas. You won’t hear me say this often, but I would actually be interested in a higher stakes Focus sequel, as this movie has some upwards potential.