For years I avoided the news. I would try to keep up with certain local news, but the media at large was always so negative. The world, it seemed, was also going to hell. Crime, corruption, politics, wars, traffic, accidents, and generally just people being horrible to one another. Add on top of that the occasional natural disaster, disease, localized catastrophic event or pollution. I eventually cut cables entirely, and would avoid the news like the plague. It’s not that I didn’t want to know what was going on or that I thought it was nothing but propaganda. I’m sure a lot of it was. But I would hear and read about these horrible things happening around the world, of which I had virtually no control, only to get saddened, angry, stressed, and dismayed. It cannot possibly be good for ones health to be surrounded by that kind of negativity, all the time.

The election cycle didn’t change the news too much. Still incredibly negative. But social media has certainly changed or at least I finally noticed it change during this most recent election cycle. Social media is also something that for years I have tried to actively avoid but I couldn’t resist the allure of Facebook these past couple months as the political season heated up and finally culminated in the election. As I scroll through Facebook what I see bothers me more than what used to bother me when I used to watch the news: Rampant negativity. But instead of coming from a handful of news networks, this negativity was coming from dozens, hundreds, thousands, tens of thousands of people.

There are a lot of scared people out there. Worried and fearful. Afraid that the sky around them will start falling. As far as they are concerned, there was a tectonic shift beneath their feet.

It takes a lot to genuinely upset me. Namely watching Disney’s Fox and the Hound. But the one sure thing that gets me is the idea or presence of hopelessness. That someone can be so downtrodden that there is no light at the end of their tunnel. No path out of perdition. As I see the posts of friends and family members hurting right now, it breaks my heart. It truly does.

I get that there are concerns about a spike in racism, or sexism, or any other ism. That there is or will be a spike in hatred, or bigotry. There isn’t. And there won’t be. This may not come as much solace from someone who voted for Trump, but it just might. Maybe a little.

The assholes out there were assholes before November 8th. The racists out there were already racists. Those inclined to burn down buildings and vandalize police cars weren’t born on November 9th. Some people are just shitty, and they don’t need a very good reason to shit all over everything and everyone else. To the people out there whose candidate of choice didn’t win, I feel for you. I really do. But I want to reassure you that the sky isn’t going to fall. You are not less safe now than you were on November 7th.

We need to remember that most people don’t wake up wondering how they can make other peoples’ lives miserable. It doesn’t matter who you are or where you are from, we wish for the same things. Health, food on our plate, a roof over our head, a safe neighborhood for our children, all children, to play in. We want jobs, pride of workmanship, good communities, and good schools. We want the next generation to have a better life than we had. I don’t think it matters who you voted for, we can agree that we want the same things, it’s just that no two of us can agree on the best way for everyone to accomplish these things. But just because we can’t agree, doesn’t mean we can’t get along.

Trump won the election. He didn’t win the country. This country is still all of ours. It belongs to each of us, even those who feel disenfranchised, ignored, abandoned, or marginalized.

For all the squabbles, and bitter disagreements, we are still America. One America. Sink or swim, fail or fly, whatever we do we’re going to do it together. The person in the cubicle next to you that voted for the other candidate, they are still human. They were a decent human being before the election and they are the same person now that the election is over.

Thanksgiving is coming up and hopefully you have a large, loving family or group of friends to spend the holiday with. Some of those people you may not have seen in a very long time. Don’t botch the holidays over an election. Don’t lose a friend or sour a family event because of a political grievance.

I have my opinions but this specific post is not going to be me telling you how to think, or what to think. This isn’t a political op ed. It doesn’t matter if you are Democrat or Republican, liberal or conservative, socialist, green, independent, or if you voted for Trump or Clinton or wrote in Mickey Mouse. United, we truly do stand, and divided we will most certainly fall. Each one of us is a tiny red, white, or blue thread in the fabric of this great flag, and if we start tearing apart at the seams this entire thing will fall apart. Lets not allow that to happen. 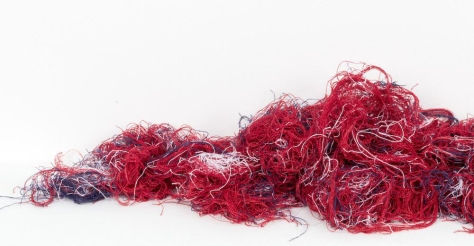 Fret not. Even if I disagree with you, I still want the best for you. We are still America.